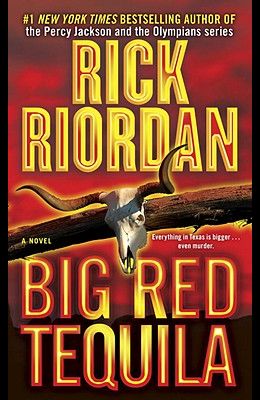 Book #1 in the Tres Navarre Series
by
Rick Riordan

Ten years ago, Jackson Tres Navarre left San Antonio and the memory of his father's murder behind. Now he's back, looking for answers, but all he finds is mob-style corruption and local politicians out to ruin his homecoming. When his girlfriend turns up missing, Tres must act fast to rescue her, nail his Dad's killer--then save his own hide!

From the front Cover Everything in Texas is bigger...even murder. Meet Tres Navarre...tequila drinker, Tai Chi master, unlicensed P.I., with a penchant for Texas-size trouble. Jackson Tres Navarre and his enchilada-eating cat, Robert Johnson, pull into San Antonio and find nothing waiting but trouble. Ten years ago Navarre left town and the memory of his father's murder behind him. Now he's back, looking for answers. Yet the more Tres digs, trying to put his suspicions to rest, the fresher the decade-old crime looks: Mafia connections, construction site payoffs, and slick politicians' games all conspire to ruin his homecoming. It's obvious Tres has stirred up a hornet's nest of trouble. He gets attacked, shot at, run over by a big blue Thunderbird--and his old girlfriend, the one he wants back, turns up missing. Tres has to rescue the woman, nail his father's murderer, and get the hell out of Dodge before mob-style Texas justice catches up to him. The chances of staying alive looked better for the defenders of the Alamo....