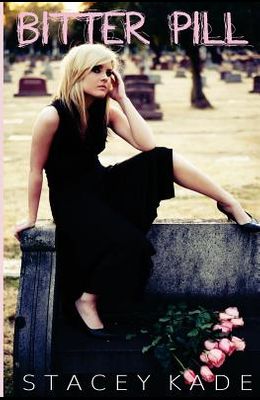 The truth is a bitter pill... Rennie Harlow is having a bad year. She had a handsome husband, a good job, and a renovated condo in Chicago. Now, thanks to one exotically beautiful paralegal, she's divorced, faking her way through a writing career, and living above her hypochondriac mother's garage back in Morrisville, the small town she couldn't leave fast enough at eighteen. On top of all of that, she just found Doc Hallacy, the local pharmacist, dead behind his counter. And the worst part is, he's the third body she's stumbled across this year. Jake Bristol has lived in Morrisville his whole life. A former bad boy turned sheriff, he doesn't believe it's just Rennie's luck or timing that's the problem. He thinks she's too nosy for her own good. The last thing he needs is her messing around with his murder investigation so that she can freelance for the Morrisville Gazette. But as they both delve deeper into Doc's death, they find that things don't add up. This isn't a robbery gone wrong or the work of a desperate junkie. Someone has a secret they're killing to keep. The only question is-who's next?