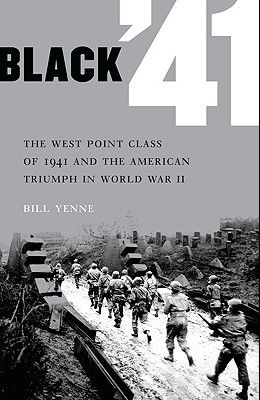 Black '41: The West Point Class of 1941 and the American Triumph in World War II

Black '41 opens with the arrival of the class of 1941 at the gates of West Point in the spring of 1937. It follows that class--nicknamed Black '41 for their misdeeds while at the Academy--over the course of the next four years, as they absorb the lessons that will help them become military leaders. Their cadet days provide the backdrop for the ominous events in a world headed toward war. It would be a war, as Secretary of War Henry L. Stimson underscored in his commencement address to the class in June 1941, that may fall, in large measure, upon your shoulders. The U.S. Army into which those new graduating second lieutenants were commissioned in 1941 was in many ways a holdover from the army of an earlier era, with plenty of cavalry but without a single armored division. Black '41 became a key part of the new army, quickly transitioning to a mechanized force and growing its air arm. By the time of the major Pacific and European action, Black '41's officers were captains and majors, and leading soldiers into some of the critical fighting in the war. Told largely through the words of the graduates, Black '41 is the coming-of-age story of West Point's finest, during the hour of our country's greatest need.