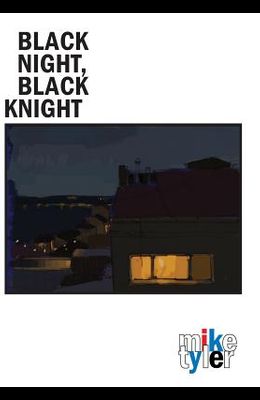 Poets were rock stars and for a brief moment, as all halcyon days inevitably are, they touched the live nerve of the popular culture and the sizzled zap was heard from the London Sunday Times to MTV. It was the 1990's and not since the Beats banged their bongos, had poetry, this proudly obscure art-form practiced by teenaged girls and goggled academics, hit out like the super swing of a juiced-up baller into the stratosphere of the larger audience. At the center of this movement was a muddle-class (his term) poet enamored of the outsider status, from both faux-bohemia and the high-tea-toned academy, of his Americanist Poetic heroes, Whitman, Stevens and Williams; he wanted to connect them to the direct, jagged, jaw-displacing punk rock rebellion of the music and performances he loved. His name is Mike Tyler, and to poets of his time and the youth that saw him read in the cafes, he is a legendary wild and free performer who ran and yelled and jumped as he read his work and who as The Village Voice described doesn't recite a poem, he exorcises it like it was the demon within. In Black Night, Black Knight, a time when phone booths still existed, you could smoke on planes, and Richard Nixon had just died (an event which gave Mike one of the shortest of the always remarkable shorter poems that appear throughout the book, good) you can find the poems Mike was writing at this time when his fame, such as it was, we're talking poetry after all, was at its height (Mike coined the phrase there's tens of dollars at stake ) and the fever from the wondrous disease for a poet of having attention paid and being listened to was red-hot and molten. From A Mike Tyler Poem to You Can't Hide In A Clear Sky and the 281 poems in between in alphabetical order and interrupted only by the book within a book of Paris Poems (filed under P after Old Centurion) written by Mike from a visit to Paris following a triumphant residency at London's Institute of Contemporary Arts (ICA), you have a moment of poetic time brought back to life so that life itself can take a bow, for what are words but the harbingers of the things and the times that inspired them.