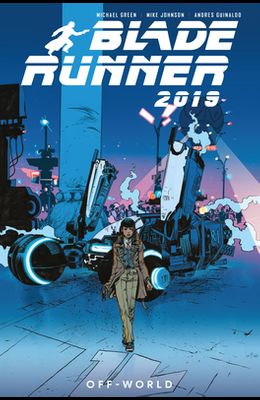 Winner of the 2020 SCRIBE AWARD for best Graphic Novel, this critically acclaimed graphic novel, is the official sequel to the cult classic 1982 science fiction film directed by Ridley Scott. Co-written by Michael Green, the Academy Award nominated screenwriter of Logan , Blade Runner 2049 , and Murder on the Orient Express. From the rain soaked dystopic world of Los Angeles 2019 to the never-before-seen promised land of the Off-World colonies, Replicant-hating Blade Runner Ash' search for the runaway wife and child of a rich industrialist takes her where no other Blade Runner has ever gone before. Ash must deal with the life-changing after-effects of Titan Comics' Blade Runner 2019 storyline - but a powerful new threat puts her life in danger once more.