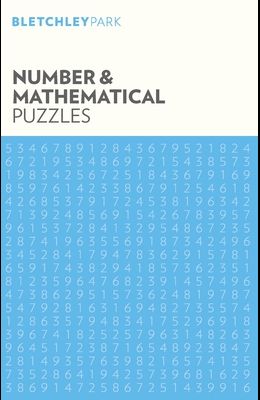 This brilliant and challenging collection of number and mathematical puzzles forms part of a series of books produced in association with the Bletchley Park Trust. During World War Two, Bletchley Park was the workplace for thousands of people whose job it was to read the encrypted messages of its enemies. This included the renowned mathematician and computer scientist, Alan Turing. Towards the end of 1941, a crossword puzzle competition was organised by The Daily Telegraph. The challenge was to complete the puzzle in under twelve minutes. A number of the competitors were subsequently invited to take part in intelligence work at Bletchley Park, which made a critical contribution to the fight against the Nazis during the second world war. Puzzles and codebreaking have been linked in the public mind ever since. So follow in the footsteps of the Codebreakers and establish whether you have the puzzle solving skills needed to have worked at wartime Bletchley Park.

List of All Editions of Bletchley Park Number and Mathematical Puzzles