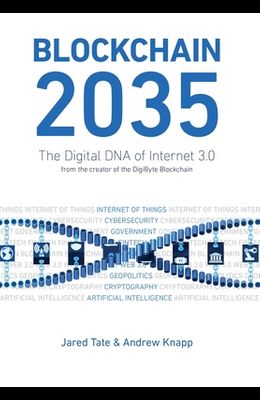 The 2020s and 2030s will be witness to some of the most rapid, significant, and tumultuous changes in world history. The monetary and information systems that defined the late 20th and early 21st centuries will face their natural limits in the coming decade and quickly get disrupted by swift technological innovation. This time of crisis will define the remainder of the 21st century, much as 1914-1945 defined the 20th century. By the mid-2020s, the entire world will have become embroiled in the collapse of a sovereign debt bubble that has been building since the breakdown of the Bretton Woods system in 1971. At the same time, nation-states and corporations will struggle with the limitations of a fundamentally insecure internet, where emerging technologies and threats will redefine the backbone of commerce and governance. Blockchain technology is key to how this process evolves, as it offers a way to re-architect both the monetary system and the internet networks, devices, and systems our world operates on. This revolution includes everything, from applications for business, government, and democracy, to emerging technologies like Artificial Intelligence and the Internet of Things and even Quantum computing. Blockchain will be a vital tool in how nation-states, corporations, and individuals compete with each other and exercise power in this brave new world. Blockchain 2035 is the first book of its kind, written by the founder of a battle-tested blockchain and a former intelligence analyst. These two perspectives address both the technical and political impacts that this technology will have and how it will be pivotal in the broader world. Jared Tate is the founder of the DigiByte Global Blockchain and the first blockchain creator to write a book on this emerging technology, its potential applications, and how it works. DigiByte is one of the most secure, decentralized, and time tested blockchains on the planet with origins dating back to 2013. Jared has helped pioneer several blockchain applications and technologies, including DigiShield, Digi-ID, DigiAssets, DigiPad, and many more. His code and insights have found their way into dozens of other blockchain protocols and projects. He lives in Austin, TX, where he is actively working on numerous blockchain projects. Andrew Knapp is a former FBI counterterrorism analyst. He studied philosophy, economics, and geopolitics in school, and is fascinated with how big systems work. Andrew received a master's degree in intelligence from The Institute of World Politics. Andrew left government service in 2018 to start VESTi, Inc.; a company focused on building new solutions that make housing affordable for everyday people. VESTi is utilizing the security, transparency, and efficiency blockchain technology brings to complex markets like Real Estate. He lives in Austin, TX.

Books similiar to Blockchain 2035: The Digital DNA of Internet 3.0

List of All Editions of Blockchain 2035: The Digital DNA of Internet 3.0