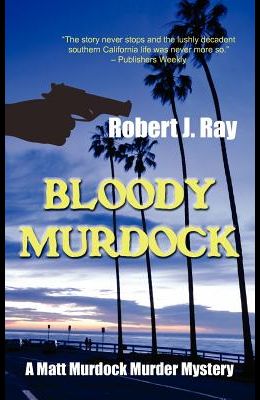 Book #1 in the Matt Murdock Series
by
Robert J Ray

PI and ex-cop Matt Murdock is picky about the cases he takes on. Being a bodyguard isn't his favorite gig, especially when the client is a high-handed number-cruncher like Ellis Dean. But Murdock is short on funds, and the case is a puzzler. It doesn't hurt that it features the death, accidental or otherwise, of a beautiful woman. Murdock has a weakness for damsels in distress, even after it's a little late for rescue. Gayla Jean Kirkwood, killed in a car wreck on the Pacific Coast Highway, was a good-time girl, high-class waitress and wannabe starlet. Dean fires Murdock and ends up dead, clearing the way for Murdock to sign on with Gayla Jean's sister, Meg Kirkwood, a gorgeous dead ringer for her sister. The case will offer other female distractions, including a fresh-faced and overly eager girl reporter. Who would want Gayla Jean dead? Was it a scorned lover? Someone at the chic club where she worked? The men who paid to photograph her naked? Or was she simply collateral-the real target being the Mexican actor driving the doomed car? As his investigation continues, Murdock and his client will discover just how dirty deals in Hollywood can get. If they live long enough.