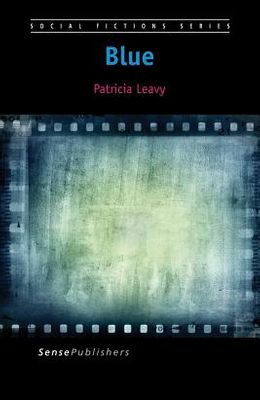 AWARDS Nominated: The H. L. Bud Goodall, Jr. and Nick Gory Trujillo It's a Way of Life Book Award 2017 in Narrative Ethnography Nominated: The Charles Horton Cooley Book Award 2017 Nominated: Living Now Book Awards 2017 , category of Inspirational Fiction Nominated: IPPY Awards 2017 , categories of Popular Fiction, and Regional Fiction - North-East Nominated: The Emily Toth Award for the Best Single Work in Women's Studies by One or More Authors 2016 sponsored by the Popular Culture Association and American Culture Association Nominated: USA Best Book Awards 2016 nominated in 3 categories: Best New Fiction, Fiction--General, Fiction--Chick Lit/Women's Lit Nominated: Ray and Pat Browne Award for the Best Single Work 2016 sponsored by the Popular Culture Association and American Culture Association Nominated: Best Creative Expression Award 2016 given by The Organization for the Study of Communication, Language and Gender (OSCLG) Nominated: Outstanding Book Award 2016 given by The Organization for the Study of Communication, Language and Gender (OSCLG) About the book: Blue follows three roommates as they navigate life and love in their post-college years. Tash Daniels, the former party girl, falls for deejay Aidan. Always attracted to the wrong guy, what happens when the right one comes along? Jason Woo, a lighthearted model on the rise, uses the club scene as his personal playground. While he's adept at helping Tash with her personal life, how does he deal with his own when he meets a man that defies his expectations? Penelope, a reserved and earnest graduate student slips under the radar, but she has a secret no one suspects. As the characters'stories unfold, each is forced to confront their life choices or complacency and choose which version of themselves they want to be. Blue is a novel about identity, friendship, figuring out who we are during the in-between phases of life, and the search for people who get us. The characters in Blue show how our interactions with people often bump up against backstage struggles we know nothing of. Visual art, television and film, appear as signposts throughout the narrative, providing a context for how we each come to build our sense of self in the world. With a tribute to 1980s pop culture, set against the backdrop of contemporary New York, Blue both celebrates and questions the ever-changing cultural landscape against which we live our stories, frame by frame. Although fictional, Blue is grounded in interview research, teaching and personal observations. It can be read entirely for pleasure or used as supplemental reading in a variety of courses in women's/gender studies, sociology, psychology, communication, popular culture, media studies, qualitative inquiry, narrative inquiry or arts-based research. The protagonist, Tash Daniels, originally appeared in the best-selling novel Low-Fat Love ( Blue is set several years later). Blue can be read as a stand-alone novel.