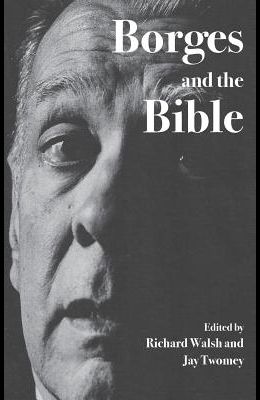 Borges and the Bible

by
and Richard Walsh and Jat Twomey

Jorge Luis Borges is the darling of authors and critics who were once described as postmodern. Borges's fictions assail the boundaries between text, world and self. In one sense, the fictions are mere rhetorical games, puzzles, or 'tricks', which disrupt communication (and interpretation), but they also suggest-at least to some-metaphysical uncertainties. To read them is as if one read the fictions of Hume or the Buddha. Most of the literary and biblical scholars in this volume pair the Bible and its scholarship with one or more of Borges's short fictions (particularly those first collected in English in Ficciones), but some venture into Borges's essays, poetry, and his life story (as he and others have told it). As to Bibles, some essayists focus on particular texts from the Hebrew Bible (like Genesis, Samuel, Kings or Job) or the Christian New Testament (like Mark, 2 Corinthians, or Revelation), while others engage traditions of interpretation like Gnosticism, the Kabbalah or academic biblical scholarship. Several focus on canon, translation, the craft of fiction, religion or hermeneutics as a way of thinking about Borges and the Bible. With Borges, interpretation is ubiquitous. Whether consciously fictionalizing or not, all (biblical) interpretation transforms its precursor. All (biblical) interpretation becomes a play with secrecy and revelation. Borgesian Bibles and scholarship are labyrinths, gardens of forking paths, unsettling and distorting mirrors. With Borges, biblical scholars come face to face with their finitude, obsession, fascination, ambivalence, and inevitable heresy vis-a-vis ta biblia.