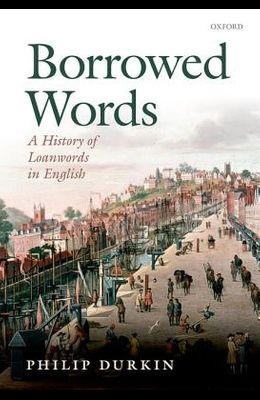 Borrowed Words: A History of Loanwords in English

The rich variety of the English vocabulary reflects the vast number of words it has taken from other languages. These range from Latin, Greek, Scandinavian, Celtic, French, Italian, Spanish, and Russian to, among others, Hebrew, Maori, Malay, Chinese, Hindi, Japanese, andYiddish. Philip Durkin's full and accessible history reveals how, when, and why. He shows how to discover the origins of loanwords, when and why they were adopted, and what happens to them once they have been. The long documented history of English includes contact with languages in a variety of contexts, including: the dissemination of Christian culture in Latin in Anglo-Saxon England, and the interactions of French, Latin, Scandinavian, Celtic, and English during the Middle Ages; exposure to languages throughout the world during the colonial era; and the effects of using English as an international language of science. Philip Durkin describes these and other historical inputs, introducing the approaches each requires, from the comparative method for the earliest period to documentary and corpus research in the modern. The discussion is illustrated at every point with examples taken from a variety of different sources. The framework Dr Durkin develops can be used to explore lexical borrowing in any language. This outstanding book is for everyone interested in English etymology and in loanwords more generally. It will appeal to a wide general public and at the same time offers a valuable reference for scholars and students of the history of English.