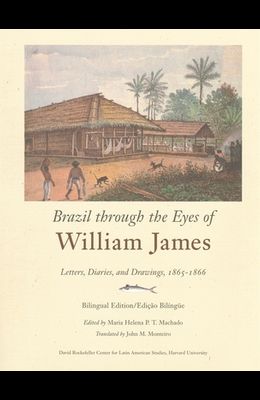 Brazil Through the Eyes of William James: Letters, Diaries, and Drawings, 1865-1866

In 1865, twenty-three-year-old William James began his studies at the Harvard Medical School. When he learned that one of his most esteemed professors, Louis Agassiz, then director of the recently established Museum of Comparative Zoology, was preparing a research expedition to Brazil, James offered his services as a voluntary collector. Over the course of a year, James kept a diary, wrote letters to his family, and sketched the plants, animals, and people he observed. During this journey, James spent time primarily in Rio de Janeiro, Belem, and Manaus, and along the rivers and tributaries of the Amazon Basin. This volume is a critical, bilingual (English-Portuguese) edition of William James's diaries and letters and also includes reproductions of his drawings. This original material belongs to the Houghton Archives at Harvard University and is of great interest to both William James scholars and Brazilian studies experts.