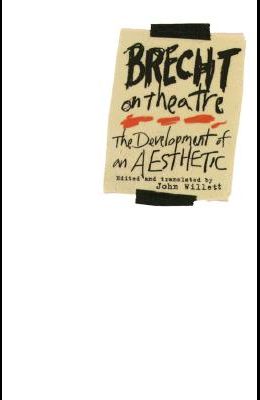 Brecht on Theatre: The Development of an Aesthetic

This volume offers a major selection of Bertolt Brecht's groundbreaking critical writing. Here, arranged in chronological order, are essays from 1918 to 1956, in which Brecht explores his definition of the Epic Theatre and his theory of alienation-effects in directing, acting, and writing, and discusses, among other works, The Threepenny Opera, Mahagonny, Mother Courage, Puntila, and Galileo . Also included is A Short Organum for the Theatre, Brecht's most complete exposition of his revolutionary philosophy of drama. Translated and edited by John Willett, Brecht on Theater is essential to an understanding of one of the twentieth century's most influential dramatists.

From the Back Cover This important volume offers a major selection of Bertolt Brecht's groundbreaking critical writing.

Books similiar to Brecht on Theatre: The Development of an Aesthetic

List of All Editions of Brecht on Theatre: The Development of an Aesthetic