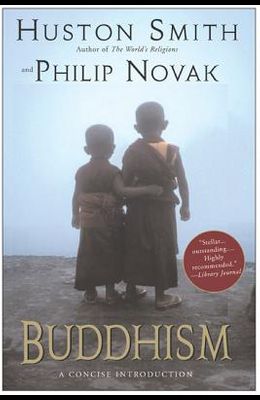 Huston Smith and Philip Novak offer a highly readable and incisive guide to the heart of Buddhism, a quickly growing tradition with an increasing presence and importance in the Western world. The first half of the book is written by Smith, the world's premier authority on religious traditions. Smith traces the history of Buddhism, with a special focus on the differences and similarities between the Mahayana and Theravada traditions. Noted scholar (and former student of Smith) Novak then traces the spread of Buddhism out of Asia and into the West. Esoteric concepts like the Four Noble Truths and the Eightfold Path are explained in a clear and straightforward manner that those new to Buddhism will easily understand. This book will stand apart as the most concise, timely, and reliable introduction to Buddhism available today. Huston Smith is internationally known and revered as the premier teacher of world religions and for his bestselling book The World's Religions. He was the focus of a five-part PBS television series with Bill Moyers, and has taught at Washington University, the Massachusetts Institute of Technology, Syracuse University, and the University of California, Berkeley. Philip Novak is professor of philosophy and religion at Dominican University in San Rafael, CA, where he has won several teaching awards, and the editor of The World's Wisdom, the companion reader to Huston Smith's The World's Religions. Novak did his doctoral work with Huston Smith, and Smith considers him his most accomplished student. Novak is a committed Buddhist. Stellar...outstanding....Highly recommended. -Library Journal

List of All Editions of Buddhism: A Concise Introduction