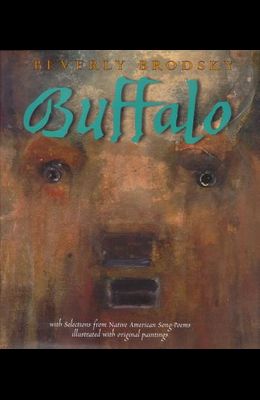 A powerful tribute to a majestic animal The Buffalo was a way of life for the Indians of the Great Plains. It provided the tribes with food, fuel, and clothing - all their basic needs. The first Americans celebrated the buffalo's sacred spirit with ceremonies, prayers, and songs. The buffalo taught that all living things, including humans, are equal in the natural world. The American Indian is of the soil, whether it be the region of forests, plains, pueblos, or mesas. He fits into the landscape, for the hand that fashioned the continent also fashioned the man for his surroundings. He once grew as naturally as the wild sunflowers; he belongs just as the buffalo belonged.... - Oglala Sioux chief Beverly Brodsky's watercolors and oil paintings accompany tribal song-poems woven into a narrative history about the buffalo's essential and sacred role on the Plains. Her book is a powerful tribute to a majestic animal, tracing the history of the buffalo from the beginning of time to present day. Beverly Brodsky reveived a Caldecott Honour for her earlier work, the Golem. Her magnificent paintings and text in Buffalo have also reveived many awards, including: ASPCA Henry R. Bergh Children's Book Honor Winner, 2004 Notable Social Studies Trade Books for Young People, 2004 Best Children's Books of the Year (Outstanding Merit) - Bank Street College, 2004