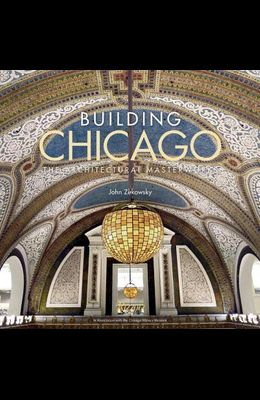 Building Chicago presents the best of this country's first city of architecture. Colloquially known as America's second city, Chicago is widely regarded as this country's crown jewel when it comes to architecture. The roster of masters who have helped shape its skyline and streetscape stands as a who's who of the architectural pantheon from the last two hundred years, from Louis Sullivan, Daniel Burnham, and Frank Lloyd Wright to Mies van der Rohe and Frank Gehry. Lavishly illustrated, this volume compellingly displays the masterworks of Chicago architecture--from the Chicago Tribune Tower (1925) and the Rookery (1888) by Burnham & Root to the Trump International Hotel and Tower (2008) by Skidmore, Owings & Merrill and the residential skyscraper Aqua (2009) by Jeanne Gang. It features the city's beloved masterpieces by Wright, including the Robie House, such milestones as the Willis Tower and the John Hancock Building, Gehry's Pritzker Bandshell, as well as a wealth of little-known treasures from Chicago's early days culled from the vast collection of the Chicago History Museum.