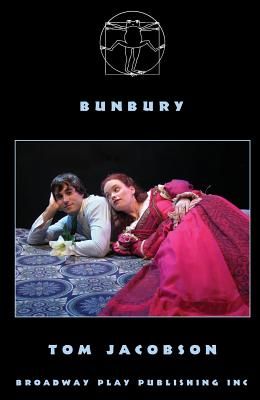 What if Blanche Dubois didn't go crazy? Or the Three Sisters actually made it to Moscow? When he discovers he's fictitious, a never-seen character in an Oscar Wilde play, Bunbury joins forces with Rosaline, Romeo's never-seen obsession from ROMEO AND JULIET. Together they infiltrate and alter classic literature, including giving ROMEO AND JULIET a happy ending. In essaying a 'play for trivial people, ' Tom Jacobson has delivered a seriously clever meta-theatrical comedy and an unexpectedly moving ode to the mysterious powers of art and love in BUNBURY ... Jacobson's antic yet humane wit harpoons some of the biggest leviathans of the theatrical sea, from Wilde to Chekhov to Albee, with an impressive range and a nimble touch that recalls the young Tom Stoppard ... -Terry Morgan, Daily Variety ... Jacobson's latest play is his most magnificent to date ... As Bunbury and Rosaline sweep through time and literature, his audience's collective imagination is also swept up in ways in which the world can change. A hundred years from now, people finding complex and ingeniously twisted great works of art could easily find it to be quite 'Jacobsonian.' -Travis Michael Holder, Backstage West