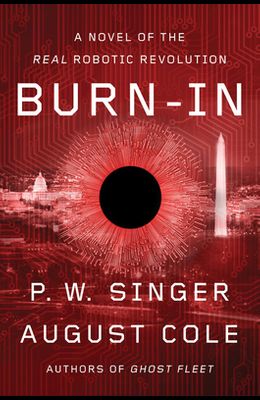 Burn-In: A Novel of the Real Robotic Revolution

America is on the brink of a revolution. AI and robotics have realized science fiction's dreams, but have also taken millions of jobs and left many citizens fearful that the future is leaving them behind. After narrowly averting a bombing at Washington's Union Station, FBI Special Agent Lara Keegan receives a new assignment: to field test the first police robot. In the wake of a series of shocking catastrophes, the two find themselves investigating a conspiracy whose mastermind is using cutting-edge tech to rip the nation apart. To stop this new breed of terrorist, Keegan's only hope is to forge a new kind of partnership. With every tech, trend, and scene drawn from the real world, Burn-In blends a technothriller's excitement with nonfiction's insight to illuminate the darkest corners of our chilling tomorrow.