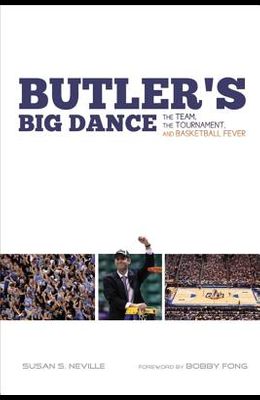 Butler's Big Dance: The Team, the Tournament, and Basketball Fever

The Butler Bulldogs advanced to the NCAA National Championship basketball game against Duke University upon defeating Michigan State on April 3, 2010. With only 4,500 students, Butler was the smallest school to play for a national championship since the tournament expanded to 64 teams in 1985. Coached by Brad Stevens--just three years into his position as head basketball coach--the undefeated Bulldogs were a hometown team, playing before a hometown crowd on the national stage. Two days later, Butler lost narrowly to Duke, 61-59, but their run for the championship had become a national phenomenon. From her vantage point as a Butler professor, acclaimed writer Susan Neville observed (and participated in) Hoosier Hysteria firsthand. In Butler's Big Dance, she intertwines her recollections of the events with interviews, anecdotes, and photographs to bring readers a taste of the on-campus and courtside excitement of the Bulldogs' David-and-Goliath bid for the national title.

List of All Editions of Butler's Big Dance: The Team, the Tournament, and Basketball Fever