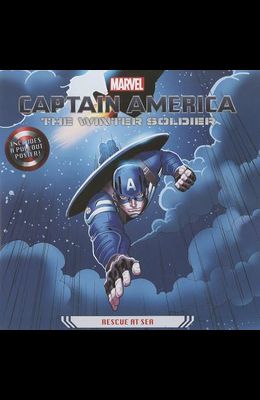 Steve Rogers, known to the world as Captain America, continues his affiliation with S.H.I.E.L.D. director Nick Fury and the Avengers. But Steve struggles to fit in the modern world, and now his past will come back to haunt him . . . A fully illustrated 24-page picture book that retells the upcoming Marvel Studio film, Captain America: The Winter Soldier, hitting theaters in summer 2014 Following the events of The Avengers, Steve Rogers resides peacefully in Washington, D.C., struggling to adapt to contemporary society. However, after a S.H.I.E.L.D. compatriot is assailed, Steve becomes entangled in a mystery that may endanger the globe. Together with the Black Widow, Captain America attempts to uncover the growing machination while fending off hired hit men. When the entire scheme is discovered, Captain America and the Black Widow must recruit the aid of the Falcon and soon encounter an unanticipated and powerful adversary - the Winter Soldier.