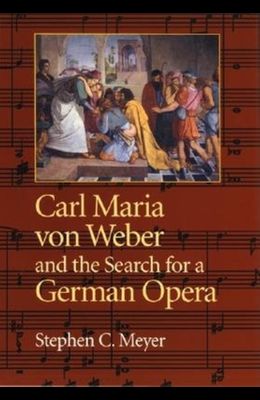 Carl Maria Von Weber and the Search for a German Opera

Stephen C. Meyer details the intricate relationships between the operas Der Freischutz and Euryanthe, and contemporary discourse on both the Germany of the imagination and the new nation itself. In so doing, he presents excerpts from a wide range of philosophical, political, and musical writings, many of which are little known and otherwise unavailable in English. Individual chapters trace the multidimensional concept of German and foreign opera through the 19th century. Meyer's study of Der Freischutz places the work within the context of emerging German nationalism, and a chapter on Euryanthe addresses the opera's stylistic and topical shifts in light of changing cultural and aesthetic circumstances. As a result, Meyer argues that the search for a new German opera was not merely an aesthetic movement, but a political and social critique as well.