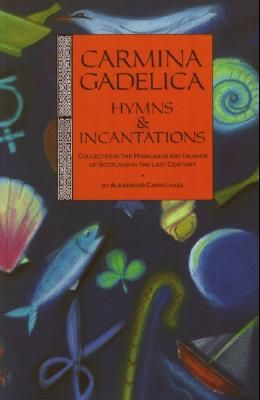 by
and Alexander Carmichael and John MacInnes
$19.85
Select Format

Carmina Gadelica is the most complete anthology of Celtic oral tradition ever assembled. During his travels, Alexander Carmichael spent hours with peasants in their huts in front of peat fires listening as they intoned in a low, recitative manner these poems and prayers. This unique collection of living spirituality drawn from the depths of Celtic Christianity, represents a hidden oral tradition of great power and beauty, handed down through countless generations of Hebridean peasants. Previously available only as a bilingual text in six volumes, this edition in English contributes to a broader awareness of Celtic literature in general. John MacInnes' introduction puts the poems in the context of the life and folklore of the Gaelic community.

List of All Editions of Carmina Gadelica: Hymns and Incantations