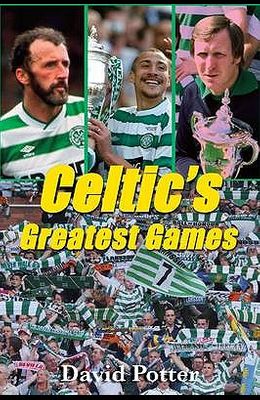 From the first epic win of the Scottish Cup in 1892 to more recent triumphs Celtic are a club of legend, and this book brings together 50 of their greatest games, including the mighty Scottish Cup Final hat-trick of Jimmy Quinn in 1904, the greatest comeback Cup Final of them all in 1931, the 7-1 defeat of Rangers in 1957, the night that Ten Men Won The League in 1979, the games against Dundee United in 1985 and 1988, and more recent triumphs. Celtic were, of course, the first British team to win the European Cup in 1967, and that and other triumphs in Europe over Leeds United and Liverpool are covered in this compendium of the team's greatest performances.