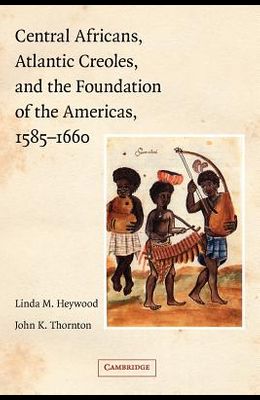 Central Africans, Atlantic Creoles, and the Foundation of the Americas, 1585-1660

This book shows that the first generation of Africans taken to English and Dutch colonies before 1660 were captured by pirates from these countries from slave ships coming from Kongo and Angola. This region had embraced Christianity and elements of Western culture, such as names and some material culture, the result of a long period of diplomatic, political, and military interaction with the Portuguese. This background gave them an important role in shaping the way slavery, racism, and African-American culture would develop in English and Dutch colonies throughout the Western Hemisphere.

Books similiar to Central Africans, Atlantic Creoles, and the Foundation of the Americas, 1585-1660

List of All Editions of Central Africans, Atlantic Creoles, and the Foundation of the Americas, 1585-1660