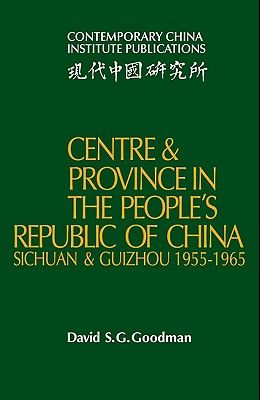 Centre and Province in the People's Republic of China: Sichuan and Guizhou, 1955 1965

According to common misconception the Chinese political system is highly centralized. One result of this widely accepted view is that China specialists have often neglected the study of decision-making as a process. Concentrating upon the neighbouring but contrasting provinces of Sichuan and Guizhou during the decade before the Cultural Revolution, this book examines the interaction between centre and province and, without adopting a 'centralist' or a 'pluralist' viewpoint, argues that a spatial dimension is of necessity part of the Chinese decision-making process. Particular attention is paid to the variability of this interaction over time.