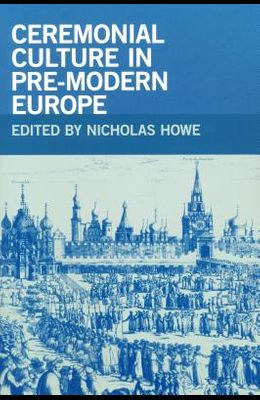 In this volume, Nicholas Howe has brought together original and important essays focusing on medieval and early modern processions in Western Europe. The contributors share numerous insights that will interest scholars in anthropology, history of religion, performance history, social history, medieval and Early Modern studies, and art history.--Diane Wolfthal, Arizona State University The perceptively analyzed case studies in this volume constitute a reader's guide on how to interpret ritual and other ephemeral forms of celebration, as well their concrete manifestation in the visual arts.--Patricia Fortini Brown, Princeton University A ground-breaking collection of compelling and wonderfully cohesive essays, which sets the standard for future study of ceremonial culture. Nicholas Howe and his collaborators are to be congratulated for having revealed so many of the ways in which this operated as a force for both continuity and change in pre-modern Europe.--Alastair Minnis, Yale University The essayists in this volume identify and recover the excitement and dynamism that characterized ceremonial culture in pre-modern Europe. Each turns to key issues: the relation between public and private space, the development of fully-realized dramas and rituals from earlier forms, and the semiotic code that ceremonies manifested to their audiences. Their subjects include the Adventus procession at Chartres; Epiphany and Palm Sunday rituals in medieval Moscow; the staged entry of the future Emperor Charles V into Bruges in 1515; and ceremonies in Italian Renaissance cities interpreted through the lens of Renaissance optical theory. What emerges from each essay is a deeper understanding that any ceremony is, finally, an attempt to close the divide between abstract and literal, ideal and actual.