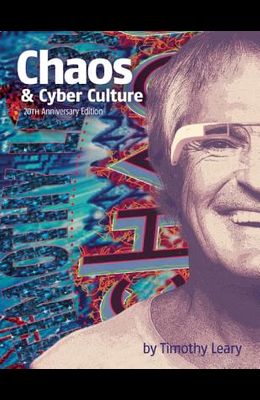 America's most dangerous man -- according to Richard Nixon -- and the Pied Piper of Youth is BACK This book is about designing Chaos and fashioning your personal disorder: On screens with cyber tools from counterculture perspectives with informational chemicals (Chaos drugs) while delighting in cybernetics as guerrilla artists who explore de-animation alternatives while surfing the waves of millennium madness to glimpse the glorious wild impossibilities and improbabilities of the century to come. Enjoy it It's ours to be played with Chaos & CyberCulture conveys Timothy Leary's vision of the emergence of a new humanism with an emphasis on questioning authority, independent thinking, individual creativity, and the empowerment of computers and other technologies. Leary's last great work, this book includes over 100,000 words in 40 chapters and 80 illustrations, as well as conversations with William Gibson, Winona Ryder, William S. Burroughs, and David Byrne. Timothy Leary, the visionary Harvard psychologist who became a guru of the '60s counterculture, has reemerged as an icon of the new edge cyberpunks.