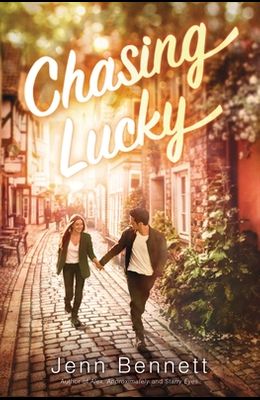 In this coming-of-age romance perfect for fans of Jenny Han and Sarah Dessen, a rule-abiding teen embraces her more rebellious side while falling for her ex-boyfriend's arch-nemesis. Josie Saint-Martin is well-versed in the art of concealment. Bullied as a child, she's spent most of her life with her single mother, moving from city to city, covering up what she doesn't want others to see, comfortable behind the lens of her favorite vintage camera...until Josie's grandmother dies and they return to her mother's historical New England hometown to run the family bookstore. There, Josie pulls off the ultimate camouflage: dating Adrian, the Harvard-bound son of the most influential man in town. But her smokescreen is blown when Adrian breaks up with her during his high school graduation party, and Josie's poorly executed act of revenge lands her big-time trouble--jail alongside the last person she'd want to share a mugshot with: the mysterious and brooding son of the boat mechanic next door, Lucky Karras. Forced to spend the summer together in mandatory community service, Josie and Lucky become the talk of their coastal town--shamed, trolled, and publicly disgraced. The weird thing is, Josie starts to not mind, because the pair have more in common than she once thought. A lot more. But during a summer of secrets, in a town built on gossip, everything rises to the surface. Can Josie and Lucky swim past these obstacles, or will they both go down together?