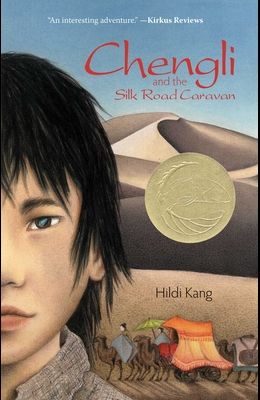 Chengli and the Silk Road Caravan

Chengli is an orphaned errand boy who lives in Chang'an China in 630 A.D. His mother has died from illness and his father is presumed dead after disappearing into the desert when Chengli was a baby. Now thirteen, Chengli feels ready for independence. He is drawn to the desert, beckoned by the howling of strange winds and the hope of learning something about his father--who he was and how he died. Chengli joins the caravan to travel down the merchant route known as the Silk Road, but it is a dangerous life, as his father knew. The desert is harsh, and there are many bandits, particularly drawn to Chengli's caravan because a princess, her servants, and royal guards are traveling with them. This story invites readers to experience the sights, sounds, and smells of this fabled desert route.