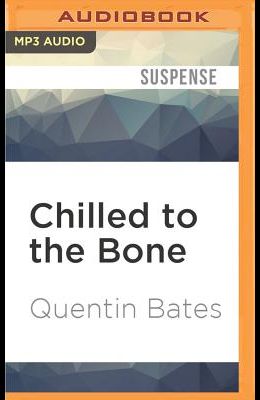 Chilled to the Bone

When a shipowner is found dead, tied to a bed in one of Reykjavik's smartest hotels, sergeant Gunnhildur Gisladottir of the city police force sees no evidence of foul play but still suspects things are not as cut-and-dried as they seem. And as she investigates the shipowner's untimely - and embarrassing - demise, she stumbles across a discreet bondage society whose members are being systematically exploited and blackmailed. But how does all this connect to a local gangster recently returned to Iceland after many years abroad, and the unfortunate loss of a government laptop containing sensitive data about various members of the ruling party? What begins as a straightforward case for Gunnhildur soon explodes into a dangerous investigation, uncovering secrets that ruthless men are ready to go to violent extremes to keep. Although born in the UK, in 1962, through a series of coincidences Quentin Bates found himself working in Iceland in his gap year. The gap year then became 10 years, during which time he managed to get himself married, produce a family, and generally go native in Iceland. The family then moved back to the UK in 1990 where Quentin became a full-time journalist on a commercial fishing magazine. Quentin and his (Icelandic) wife frequently return to Iceland, where they have many friends, including several in the Reykjavik police.