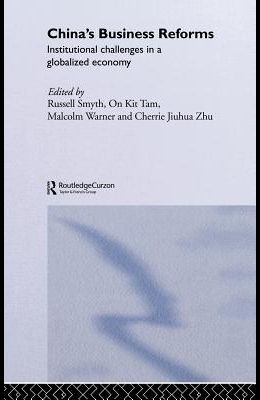 by
Russell Smyth and On Kit Tam and Warner

China's recent economic reforms have led to impressive growth, and an unprecedented enthusiasm for establishing foreign enterprises in China. Since 1993, China has been the second largest recipient of foreign direct investment in the world and is now considered to be the world's third biggest economy. Its greater economic integration with the rest of the world, especially since its accession to the World Trade Organisation (WTO), has further accelerated its market-oriented economic reforms. China is now opening its protected markets and beginning to submit to the rule of international law. This ongoing transition and increasing participation in the world economy has resulted in significant changes in human resource management and social welfare practices in China's enterprises. The book examines the key areas, all of which are linked, where China is grappling with institutional reforms as it opens up to the outside world: state-owned enterprise reform, capital markets and financial reform, human resources and labour market reform, social welfare reform, and China's accession to the WTO and the growth of the private sector.