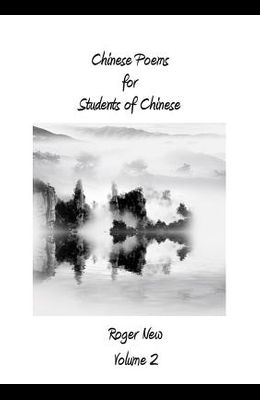 This volume follows on from the first in the series, where a selection of classical Chinese poems well-known to all Chinese school children was presented in a form easy for overseas students of the Chinese language to assimilate. Here, we continue with a further selection of popular Chinese classics, chosen for the insight they provide on Chinese history and culture. Part 1 looks at history through the eyes of some of the poets of the Tang dynasty, who reference the heroes of ancient battles of the Three Kingdoms period, as well as expressing the dashed hopes and aspirations of those caught up in the current struggles against barbarians from the North. We even hear about the founder of the Qin dynasty, and his final battle giving way to the establishment of the Han. The importance of geography in these struggles is not forgotten, and we see how the Yellow River was the cradle of the Chinese civilization, and the Yangtse the barrier separating the three Kingdoms, as well as the major thoroughfare transporting Li Bai from exile to rehabilitation. Two other major strategic features are discussed - the Great Wall, defending the trade route, the Old Silk Road, and the Grand Canal, alleviating the threat of flood, and transporting supplies throughout the country, and playing a key r le in its prosperity. In part 2, we look at the culture of ancient China, and although most of the poets quoted here lived in the Tang and Song eras, their works draw heavily on influences from the past. We see women in different guises - as workers cultivating silk worms, to their role as concubines - the delights and perils of that occupation - and ending with the sending away of a young girl to an arranged marriage. We look at the Imperial Examination system, a key factor in maintaining governance of the empire over two thousand years. Also examined is the expression of dissidence in the political system, of social waywardness and debauchery, and the moral character instilled in different ways with the three major religions or philosophies of China, Daoist, Confucian and Buddhist. Finally, a number of Chinese poems have made their way to the West in translation, and we go back and look at the sources for a couple of these poems. While an assortment of thirty-odd Tang dynasty poems is clearly just skimming the surface of the wealth of Chinese poetry in existence, the aim, by finding poems which link to aspects of Chinese culture, is to provide as varied a collection as possible, making the reading of these poems more accessible, and their study more rewarding.

0
|   0  reviews
Did you read Chinese Poems for Students of Chinese: Volume 2? Please provide your feedback and rating to help other readers.
Write Review

List of All Editions of Chinese Poems for Students of Chinese: Volume 2