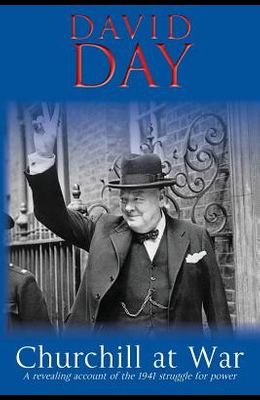 Winston Churchill's policy of total war against Nazi Germany faced determined opposition from powerful parts of Britain's political and military elite during 1941-42. Few at the time could foresee Britain winning the war, and many wanted to make peace with Hitler. During these dramatic months, the young Australian prime minister Robert Menzies spent several months in Britain, as German bombs rained down on London and the British army in the Middle East was facing defeat. It was in this desperate atmosphere that Menzies was encouraged by various disaffected figures, and his own overweening ambition, to lead a secret political putsch against Churchill and chart a path towards peace. The wily Churchill was alerted to his opponents' plans and laid political traps of his own. The future of the world hung in the balance as the secret struggle between these powerful men played out during the darkest days of the war. 'David Day has written a fascinating and highly readable work based on shrewd detective work.' - The Times 'Day's meticulous documentation leaves little room for doubt.' - The Observer 'Day presents startling evidence that Australian prime minister Robert Menzies sought to remove Winston Churchill from power during World War II.' - Publishers Weekly