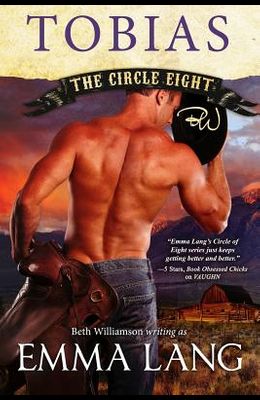 A broken man. A woman who needs a hero. A love that should never have been.Rebecca Graham always knew she was to marry a hero and leave home in blissful happiness. She chose that man when she was seventeen. Unfortunately, her family hated him. In a fury over being swindled by someone else, Tobias burned down the Circle Eight, her family's ranch. He spent four months rebuilding alongside her family in penance. When he accepts her help to nurse his grandfather, she has hopes he will become the hero she envisioned. She was wrong.Tobias Gibson never expected happiness for himself. His brothers, adopted by their patriarch Pops, were all that matters. After Pops dies while under Rebecca Graham's care, he cannot forgive her failure to save his grandfather. He ignores his attraction to Rebecca. There is too much bad blood between them.Life never rolls forward as expected however. Five years after he'd last seen her, Rebecca Graham reenters his life. Together they face the storm that sweeps across their lives. They have to rely on each other and ignore the growing love setting their souls and hearts on fire.