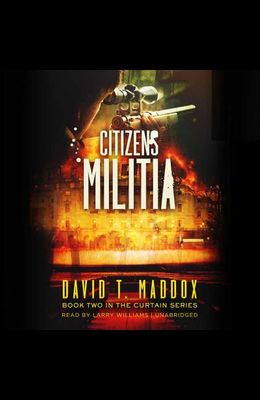 A military deployment in Chicago, terrorists right at the homeland planning the mother of all attacks, bodies of seven unidentified young Arab men found in dumpsters in seven different American cities, and terrorist attacks on a church and a school gymnasium. A congress ready to sell Americans at the highest price possible, the aviation threat looming large (another 9/11 in the making), Iranians and Pakistanis ready to strike Israel at the command of the Sheikh and even Europe is not safe. How will America and the world deal with the new axis of evil? Washington finds herself dangerously divided. Will America suffer the same fate as Israel in the hands of the Romans? Only time will tell. However, trouble does not seem very far.It is a celestial chess game, it is a battlefield, as people with vastly different agendas plan their next move. One side seeks to control by cunning, passion, and deception. The other side seeks to give people The Truth. An age-old spiritual war is taking physical dimensions. Seven thousand miles from Washington, D.C., in Tehran, Iran, the evilest of terrorist attacks is in the final stages of preparation.Will the few in congress with the light inside overcome the cloud of darkness over Washington as they wrestle with the most chilling question of their lives: is the world rushing to the brink of an apocalypse prophesied more than 2,500 years ago?The real battle is for the hearts and minds of everyone. Light versus darkness, good versus evil, and there is no setting more perfect than modern day America.

0
|   0  reviews
Did you read Citizens Militia? Please provide your feedback and rating to help other readers.
Write Review