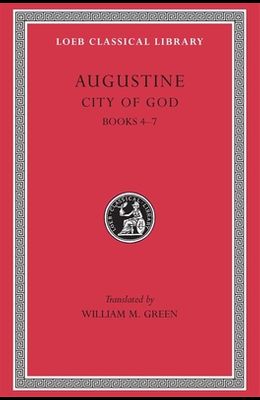 Augustinus (354-430 CE), son of a pagan, Patricius of Tagaste in North Africa, and his Christian wife Monica, while studying in Africa to become a rhetorician, plunged into a turmoil of philosophical and psychological doubts in search of truth, joining for a time the Manichaean society. He became a teacher of grammar at Tagaste, and lived much under the influence of his mother and his friend Alypius. About 383 he went to Rome and soon after to Milan as a teacher of rhetoric, being now attracted by the philosophy of the Sceptics and of the Neo-Platonists. His studies of Paul's letters with Alypius and the preaching of Bishop Ambrose led in 386 to his rejection of all sensual habits and to his famous conversion from mixed beliefs to Christianity. He returned to Tagaste and there founded a religious community. In 395 or 396 he became Bishop of Hippo, and was henceforth engrossed with duties, writing and controversy. He died at Hippo during the successful siege by the Vandals. From Augustine's large output the Loeb Classical Library offers that great autobiography the Confessions (in two volumes); On the City of God (seven volumes), which unfolds God's action in the progress of the world's history, and propounds the superiority of Christian beliefs over pagan in adversity; and a selection of Letters which are important for the study of ecclesiastical history and Augustine's relations with other theologians.

The Fathers of the Church Series In Order - By Augustine