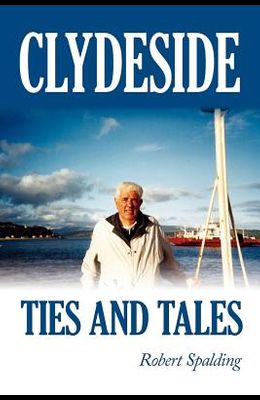 This book is a colouful and vibrant account of life on Clydeside between the first and second world wars. Robert Spalding was born to the throbbing of six shipyards which were the 'bread and butter' to his large extended family. He writes about his first eighteen years in the tenements and on the streets of Glasgow and the many characters he encountered. His love of fine ships built nearby and their own stories are told. Through anecdotes. parks, art galleries, concert halls, picture houses, steamies, shops and bars are all recalled. The Clyde steamers which hold a special affection for the author are remembered as are the trips he embarked upon. But this is really a book about the people - his friends and relatives. He writes about his father 'Bob the Barber' and his clients at Glasgow University and his mother, big Katie, the rock of the family. He remembers with fondness both his grandfathers - one from Hawick in the Scottish Borders and the other from Ireland both of whom arrived in Clydeside in the late nineteenth century looking for work. He also recalls his mother's sister, Maggie, who emigrated to America in 1912. This autobiography was written in 2005. Family ties are obvious. The tales true.