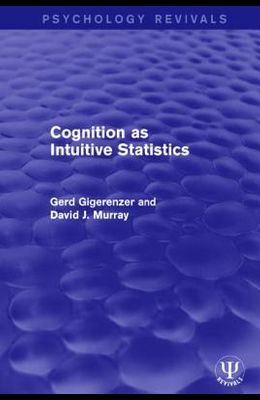 Originally published in 1987, this title is about theory construction in psychology. Where theories come from, as opposed to how they become established, was almost a no-man's land in the history and philosophy of science at the time. The authors argue that in the science of mind, theories are particularly likely to come from tools, and they are especially concerned with the emergence of the metaphor of the mind as an intuitive statistician. In the first chapter, the authors discuss the rise of the inference revolution, which institutionalized those statistical tools that later became theories of cognitive processes. In each of the four following chapters they treat one major topic of cognitive psychology and show to what degree statistical concepts transformed their understanding of those topics.