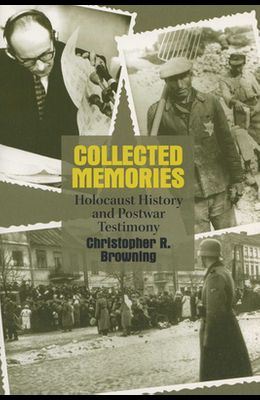 Christopher R. Browning addresses some of the most heated controversies surrounding the use of postwar testimony: Hannah Arendt's uncritical acceptance of Eichmann's self-portrayal; the conviction of Ivan Demjanjuk on the basis of survivor testimony and its subsequent reversal by the Israeli Supreme Court; the debate in Poland sparked by Jan Gross's use of both survivor and communist courtroom testimony in his book Neighbors; and the conflict between Browning and Daniel Goldhagen, author of Hitler's Willing Executioners, regarding the use of pre-trial testimony. Despite these controversies and challenges, Browning delineates the ways in which the critical use of such problematic sources can provide telling evidence for writing Holocaust history.

List of All Editions of Collected Memories: Holocaust History and Postwar Testimony