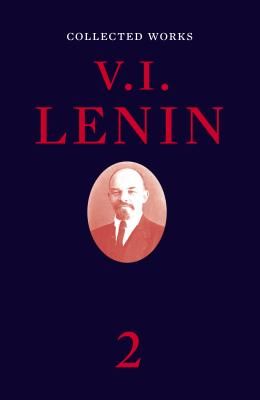 Book #2 in the Collected Works Series
by
Vladimir Ilich Lenin

Re-launch of the Collected Works of the legendary revolutionary in paperback Among the most influential political and social forces of the twentieth century, modern communism rests firmly on philosophical, political, and economic underpinnings developed by Vladimir Ilyich Ulyanov, later known as Lenin. For anyone who seeks to understand the twentieth century, capitalism, the Russian Revolution, and the role of Communism in the tumultuous political and social movements that have shaped the modern world, the works of Lenin offer unparalleled insight and understanding. Taken together, they represent a balanced cross-section of his revolutionary theories of history, politics, and economics; his tactics for securing and retaining power; and his vision of a new social and economic order This second volume contains Lenin's works from 1895 to 1897. Included are Lenin's early economic and political writings, as well as his prescriptions for the program and strategy of Russian Marxism.