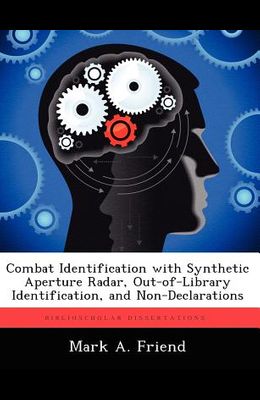 The purpose of this research is to improve combat target identification (CID) of targets using synthetic aperture radar data. In a forced decision scenario, all unknown objects are given a target class label. In this research, instead of forcing a decision, objects are labeled out-of-library (OOL) if they are unlike any objects used to train the classifier. Objects similar to more than one object, represented in the library of known objects, are given a non-declaration (NDEC) designation. This research develops a new method to identify OOL records based on squared Mahalanobis distance and NDEC methods based on information theory. A significant challenge of this research is the requirement that the methods function well in operating conditions the classifier was not designed for i.e. extended operating conditions. The potential benefits of context based modifications of OOL and NDEC criterion are demonstrated with an experimental design. Additionally, the utility of the OOL and NDEC methodologies are demonstrated through experimental design. In these experiments, a mathematical framework is used to choose the optimal classifier parameters and methodologies. The framework optimization is constrained consistent with war fighter preferences.