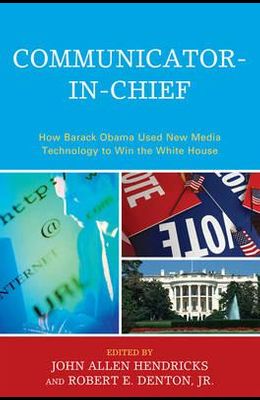 Communicator-in-Chief: How Barack Obama Used New Media Technology to Win the White House examines the fascinating and precedent-setting role new media technologies and the Internet played in the 2008 presidential campaign that allowed for the historic election of the nation's first African American president. It was the first presidential campaign in which the Internet, the electorate, and political campaign strategies for the White House successfully converged to propel a candidate to the highest elected office in the nation. The contributors to this volume masterfully demonstrate how the Internet is to President Barack Obama what television was to President John Kennedy, thus making Obama a truly twenty-first century communicator and politician. Furthermore, Communicator-in-Chief argues that Obama's 2008 campaign strategies established a model that all future campaigns must follow to achieve any measure of success. The Barack Obama campaign team astutely discovered how to communicate and motivate not only the general electorate but also the technology-addicted Millennial Generation - a generational voting block that will be a juggernaut in future elections.