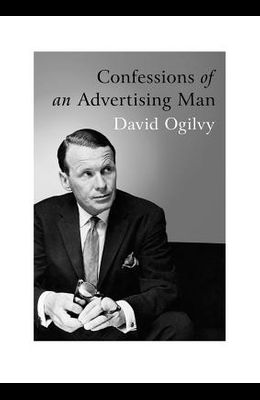 Confessions of an Advertising Man

A new edition of thetimeless business classic featured on Mad Men as fresh and relevant now as the day it was written We admire people who work hard, who are objective and thorough. We detest office politicians, toadies, bullies, and pompous asses. We abhor ruthlessness. The way up our ladder is open to everybody. In promoting people to top jobs, we are influenced as much by their character as anything else. David Ogilvy David Ogilvy was considered the father of advertising and a creative genius by many of the biggest global brands. First published in 1963, this seminal book revolutionized the world of advertising and became a bible for the1960s ad generation. It also became an international bestseller, translated into 14 languages. Fizzing with Ogilvy's pioneering ideas and inspirational philosophy, it covers not only advertising, but also people management, corporate ethics, and office politics, and forms an essential blueprint for good practice in business.