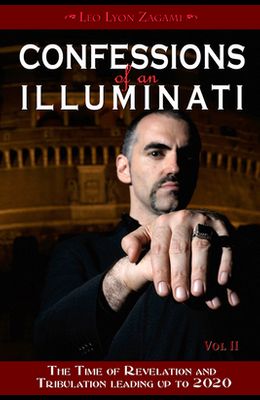 Confessions of an Illuminati, Volume II: The Time of Revelation and Tribulation Leading Up to 2020

After his master thesis of the secret societies network as outlined in volume 1, the Confessions of an Illuminati narrative of Leo Lyon Zagami is projected to the reality of today, including the occult maneuversbehind the New World Order. We need to wake up beyond our current belief systems, because the controllers of the New World Order are moving fast using the Prophecies to their advantage to implement their evil plan by 2020, when World War III will finally break loose.The author demonstrates that the hierarchy of power emanating from Rome and Jerusalem, with the Jesuits and the Zionist's united by a secret pact since the Second Vatican Council, are in cahoots working towards the creation of a world government. There is also China playing a new role in the NWO with the far reaching tentacles of Chinese Freemasonry manipulating economic Hit Men and disinformation artists, while Russia is building their Christian orthodox alliance to apparently oppose the Western antichrist.In this unprecedented scenario, we also have the involvement of the big media moguls like Ted Turner and Silvio Berlusconi and their role in manipulating perceptions. The author discusses further aspects of the Satanic infiltration of Freemasonry, pointing out on the generational aspect the many ways of defending yourself psychically against black magicians, but also against the many sects operating in the Illuminati Network.