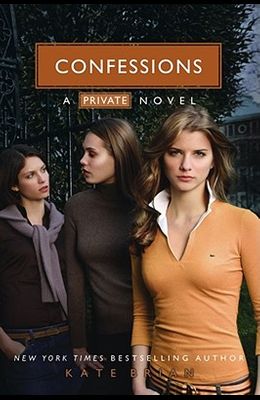 Sometimes the truth hurts.... Reed Brennan came to superposh Easton Academy to make a brand-new life for herself. At first it seemed as though her dream had come true-she was living in the ultraexclusive Billings Hall, hanging out with the all-powerful Billings Girls, and dating the very hot Thomas Pearson. But Thomas turned out to be different from what she thought...and then he turned up dead. And if that wasn't twisted enough, Reed's new boyfriend, Josh Hollis, was arrested for Thomas's murder. Now everyone is back to worrying about the regular stuff, like how to sneak to the boys' dorms at night, whether two-ply cashmere is warm enough for fall, and whether to fly to London or Barcelona for Thanksgiving break. Everyone except for Reed. Reed is convinced that Josh is innocent, which means the killer is still out there. Now it's up to Reed to uncover the truth. But the deeper she digs, the more secrets she unearths and the closer she gets to the confession that will change everything... if she's alive to hear it.