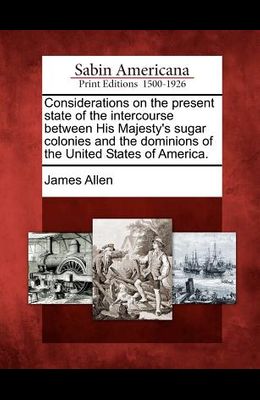 Considerations on the Present State of the Intercourse Between His Majesty's Sugar Colonies and the Dominions of the United States of America.