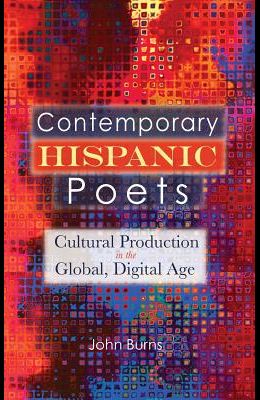 Poets writing in Spanish by the end of the twentieth century had to contend with globalization as a backdrop for their literary production. They could embrace it, ignore it or potentially re-imagine the role of the poet altogether. This book examines some of the efforts of Spanish-language poets to cope with the globalizing cultural economy of the late twentieth century. This study looks at the similarities and differences in both text and context of poets, some major and some minor, writing in Chile, Mexico, the Mexican-American community and Spain. These poets write in a variety of styles, from highly experimental approaches to poetry to more traditional methods of writing. Included in this study are Chileans Raul Zurita and Cecilia Vicuna, Spaniards Leopoldo Maria Panero and Luis Garcia Montero, Mexicans Silvia Tomasa Rivera and Guillermo Gomez Pena, and Mexican-American Juan Felipe Herrera. Some of them embrace (and are even embraced by) media both old and new whereas others eschew it. Some continue their work in the vein of national traditions while others become difficult to situate within any one single national tradition. Exploring the varieties of strategies these writers employ, this book makes it clear that Spanish-language poets have not been exempt from the process of globalization. Individually, these poets have been studied to varying degrees. Globalization has been studied extensively from a variety of disciplinary approaches, particularly in the context of the Latin American region and Spain. However, it is a relative rarity to see poets being studied, as they are in this work, in terms of their relationship to globalization. Taken as a sample or snapshot of writing tendencies in Latin American and Spanish poetry of the late twentieth century, this book studies them as part of a greater circuit of cultural production by establishing their literary as well as extra-literary genealogies and connections. It situates these poets in terms of their writing itself as well as in terms of their literary traditions, their methods of contending with neoliberal economic models and global information flows from the television and Internet. Although many literary critics attempt to study the connections and relationships between poetry and the world beyond the page, few monographs go about it the way this one does. It takes a transatlantic approach to contemporary Spanish-language poetry, focusing on poets on poets from Spain and the American continent, emphasizing their connections, commonalities and differences across increasingly porous borders in the age of information. The relationship between text and context is explored with a cultural studies approach, more often associated with media studies than with literary studies. Literature is not treated as a privileged object of isolated study, but rather as a system of ideas and images that is deeply interwoven with other forms of human expression that have arisen in the last decades of the twentieth century. The result is a suggestive analysis of the figure of the poet in the broader globalized marketplace of cultural goods and ideas. Contemporary Hispanic Poets: Cultural Production in the Global, Digital Age is an important book for library collections in Spanish, Latin American and Iberian Studies, Chicano Studies.