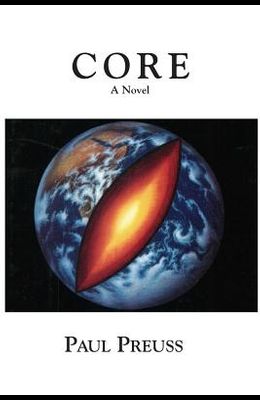 I have long admired Paul Preuss's work and for this reason was pleased when he expanded six of my short stories into the Arthur C. Clarke's Venus Prime series, which has been extremely successful. I wish him every success with his new novel. -Arthur C. Clarke Paul Preuss is one of the rather few science fiction writers who really understand and appreciate science. He's also a fine writer by any other standard. In Core he gives us a story both exciting and thought provoking, filled with people we come to know about and care about. -Poul Anderson What is the deepest hole which may be dug into the earth? was first asked about 1947, not 1941, by Enrico Fermi. It can be found in University of Chicago Graduate Problems in Physics, with Solutions, from the University of Chicago Press. The catch is, it appears in the section of experimental problems, for which no solutions are given. To address it, one ought to know something about drilling techniques, materials, and the earth. When Byron Preiss challenged me with the question (he phrased it differently) around the time of the 125th anniversary of Jules Verne's Journey to the Center of the Earth, I knew next to nothing about any of these subjects. Besides spinning a yarn, nothing is more fun than research. The earth's magnetic field begins to collapse, leaving the planet unprotected against deadly cosmic rays and solar flares. Hundreds of thousands of men, women, and children suffer radiation burns and deaths, severe power disruptions, and communications blackouts. If the collapse continues, the ozone layer will be totally destroyed, setting loose plagues of cancer, sterility, mutations, birth defects, and worse. Scientists, srambling to understand these savage new phenomena, ultimately realize that unless an answer is found quickly, all life on earth will be destroyed in a rapidly approaching apocalypse. Against this freighteningly real near-future backdrop, Cyrus and Leiden Hudder-father and son, two of the world's great scientific minds, separated by an undying hatred and resentment-are brought together through the work of fiercely independent physicist Marta McDougal. Marta has developed one of the greatest technological breakthroughs of the age, a machine to bore through the earth's solid crust to reach its very center...but this invention is a two-edged sword. The ultimate weapon, it could be mankind's salvation-or its destruction Packed with explsive action in a world poised on the brink of collapse, this hight-tech masterpiece is Paul Preuss's finest achievement. Paul Preuss began his successful writing career after years of producing documentary and television films and writing screenplays. He is the author of twelve novels, including Venus Prime, Volumes 1, 2, and 3, and the near-future thrillers Core, Human Error, and Starfire. His non-fiction has appeared in The Washington Post, the Los Angeles Times, New York Newsday, and the San Francisco Chronicle. Besides writing, he has been a science consultant for several film companies. He lives in San Francisco, California.

0
|   0  reviews
Did you read Core, A Novel? Please provide your feedback and rating to help other readers.
Write Review