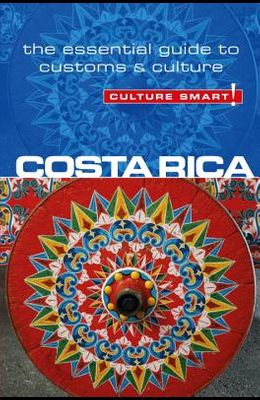 Costa Rica is renowned for its tropical beauty, the warmth and charm of the Ticos its people s own name for themselves and its political stability. This Switzerland of the Americas is widely regarded as an oasis of democracy in turbulent Central America. Since the first edition of Culture Smart Costa Rica was published in 2005, however, there have been some important changes and, with rapid economic development, some growing pains. Over the past few years there has been a movement of population to the towns of the Central Valley. Higher education is now the norm for young Ticos, and the middle class has expanded but so has the gap between rich and poor. Tourism took a dive after the 2009 recession, and the national debt has grown, while the arrival of multinationals and significant Chinese investment has been welcomed. Unemployment has risen, people are prepared to go on strike more readily, and there is a general disillusionment with politicians. In the face of mounting difficulties the Ticos remain remarkably peaceable, relaxed, and fun-loving. Their enthusiasm for life is seen as much in their passion for soccer as in their demonstrations in support of human and political rights. Culture Smart Costa Rica explores and explains the complex human realities of modern Costa Rican life. Armed with this information, you will be better equipped to understand your hosts and to enjoy your visit to this beguiling and beautiful country to the full.