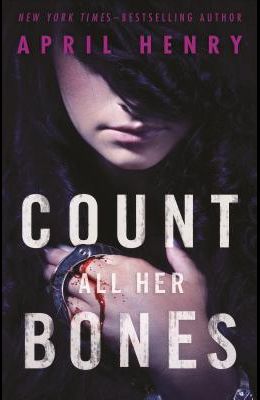 Count All Her Bones

Book #2 in the Girl, Stolen Series
by
April Henry

April Henry masterminds another edge-of-your-seat thriller in this much-anticipated sequel to Girl, Stolen . Six months ago, Griffin Sawyer meant to steal a car, but he never meant to steal the girl asleep in the backseat. Panicked, he took her home. His father, Roy, decided to hold Cheyenne--who is blind--for ransom. Griffin helped her escape, and now Roy is awaiting trial. As they prepare to testify, Griffin and Cheyenne reconnect and make plans to meet. But the plan goes wrong and Cheyenne gets captured by Roy's henchmen--this time for the kill. Can Cheyenne free herself? And is Griffin a pawn or a player in this deadly chase? April Henry masterminds another edge-of-your-seat thriller in Count All Her Bones . This title has Common Core connections. A Christy Ottaviano Book